Ilonka Michelle O’Neil has contributed to A Cup of Comfort for Parents of Children with Autism, and Special Gifts: Women Writers on the Heartache, the Happiness and the Hope of Raising a Special Needs Child. She has written for Literary Mama, The Imperfect Parent, Age of Autism, Cool Cleveland,Hopeful Parents, and Natural Awakenings Magazine. She wrote the blog for Boca Raton’s Yoga Journey for over two years. She is author of the memoir Daughter of the Drunk at the Bar. She has a daughter with Asperger’s and a son who is affected by PANS. She’s married to the wonderful Hot Toddy who lets her write about him with very little censoring.

In 2009 her daughter received an autism service dog named Jingle from 4 Paws for Ability. Some of her posts about Jingle have appeared in the blogs of The Bark! Sadly Jingle made her transition in January of 2018.

Her work has also appeared in Sensory Integration Special Interest Section (SISIS) Quarterly Newsletter, a professional journal for occupational therapists. She is a former radio news reporter/editor and her pieces have been featured during NPR’s Morning Edition on WAMU in Washington, DC. In addition, she has a bachelor’s degree in nursing, with a background in mother/baby care.

The O’Neils moved to south Florida in the summer of 2013 for a special school for their daughter, and shortly after landing there, Ilonka became a yoga teacher. She has training in trauma centered yoga and teaches corporate yoga classes, classes for active retirees, and private classes for groups and individuals. She has a special place in her heart for teaching yoga to parents of children with special needs. Click on the Yoga Instruction tab above for more information. 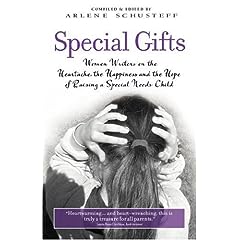