Cheryl Strayed on Dancing With the Stars? 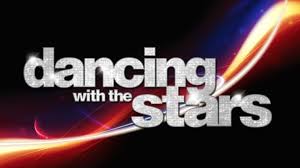 The new season of Dancing With the Stars started this week. If you are new here, you might not know how much it means to us, so yes…I’m going to link to this post. I’ve linked to it a million times before and I don’t care who knows it. I love my Hot Toddy.

Anyway…our whole family loves DWTS. Ask us anything about the Rumba, the Cha-Cha, the Waltz, and now Contemporary. We’re experts, in our own minds. We’ll be walking through Target, and Riley will say of the music playing overhead, “This would be a good song for the Quick Step.” I’ll tilt my head, listen and nod. She’s right. She’s always right.

So at the dinner table last night we were talking about this first week of the new season. We all agreed the judges were too hard on Andy Dick. We all thought his dance was charming and entertaining. It was unexpected for me because I didn’t intend on liking him. I always unexpectedly like someone. Happens every season.

We discussed the other stars and the pros. No eye candy Maxim Chmerkovskiy this season. That’s okay, because his brother Val is there and he is not only dreamy…but sensitive. #iloveval

We discussed who we would want to see on the show in the future, and I said I would like to see a literary star. Wouldn’t that do great things for books? For literacy? Why are only athletes and actors and reality show people stars?

“Cheryl Strayed would be perfect,” I said.

And the kids wanted to know who Cheryl Strayed was. And so we had a nice discussion about Wild, and about The Pacific Crest Trail as we ate our tacos.

I don’t know Cheryl, but I have friends who know her. I’m wondering if she would be at all interested?

“I should start a Facebook page to campaign for Cheryl Strayed to be on Dancing With the Stars next year!” I say. “I want a writer to be a freaking star, and who’s hotter than Cheryl Strayed right now?”

Todd looks up from his plate, and says, “Of course, that might be borderline stalking.”

He can’t possibly get it.

He’s not that into books.

This entry was posted in appreciation, dancing, Dancing With the Stars, marriage, Uncategorized, writing. Bookmark the permalink.

9 Responses to Cheryl Strayed on Dancing With the Stars?